Earlier this year, the Chick-fil-A Foundation partnered with M.R. Hollis Innovation Academy to reimagine the school’s cafeteria space.  A school’s cafeteria is one area that touches every student, so the Hollis leadership staff wanted it to be a place where students could come and be inspired.

For several of the students, the meals they receive at school may be their only meals of the day. Many of these students also live in a food desert so their experience receiving food is not always positive. This is why the Foundation wanted to create a positive space for the students of Hollis Academy. Also important was highlighting the historical significance and impact of the Westside Atlanta neighborhood where the school is located. Together, the Chick-fil-A Foundation and Hollis staff developed a redesign that resulted in a beautiful, creative space for the students.

Named after Michael R. Hollis, the founder of Air Atlanta, the first African-American owned commercial airline, M.R. Hollis Innovation Academy is the first public school to open in the Westside Atlanta neighborhood in over 20 years. Supporting the school is a key priority for the Chick-fil-A Foundation, as part of our efforts to revitalize this section of our home city.  We believe that if this community is going to thrive, its schools and students must thrive.

The redesign of the school’s cafeteria space is part of the Foundation’s continued partnership with the school.

The mantra of the redesigned space is “I’m Possible,” supported with the additional messages, “In My Community” and “In My Education.”  These messages were chosen to inspire the Hollis students to pursue their dreams and become all they were created to be. Whether attaining higher education, starting a business, rebuilding their own community – all their dreams are possible. The design also highlights for the students the dream Mr. Hollis had and achieved. The phrase “I’m Possible” came from his mother, who would always tell her children that there is no such thing as impossible, as the word itself spells “I’m Possible.”

The Chick-fil-A Foundation is thankful and honored to continue to support Hollis Innovation Academy. Below are before and after photos of the Hollis cafeteria! 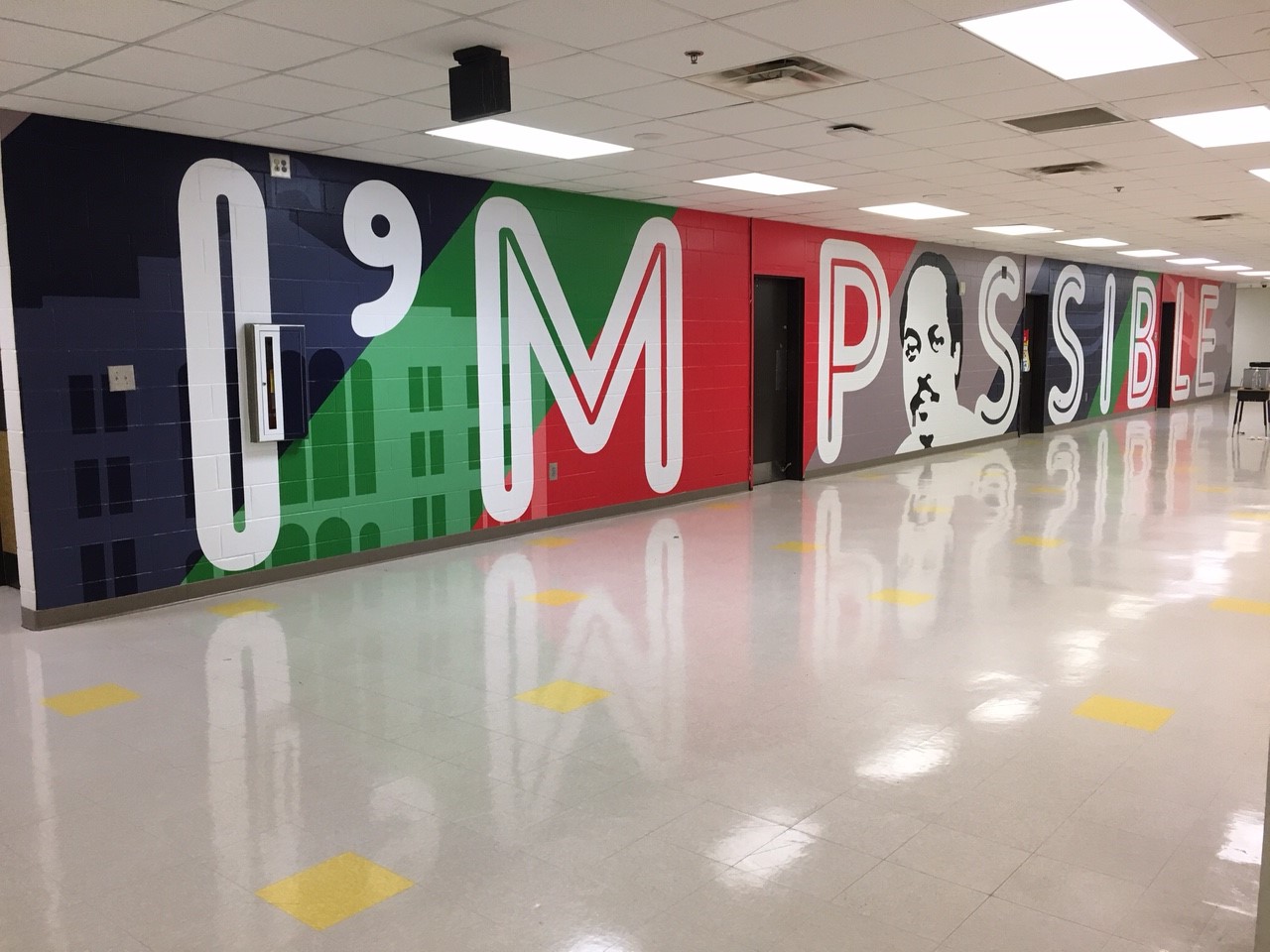 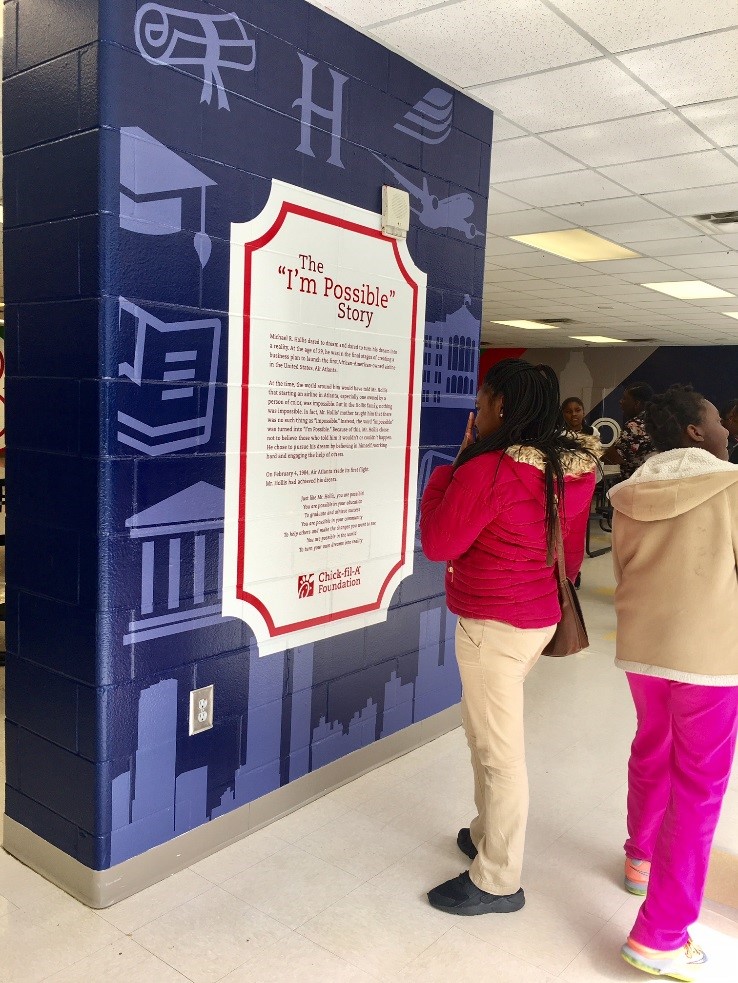 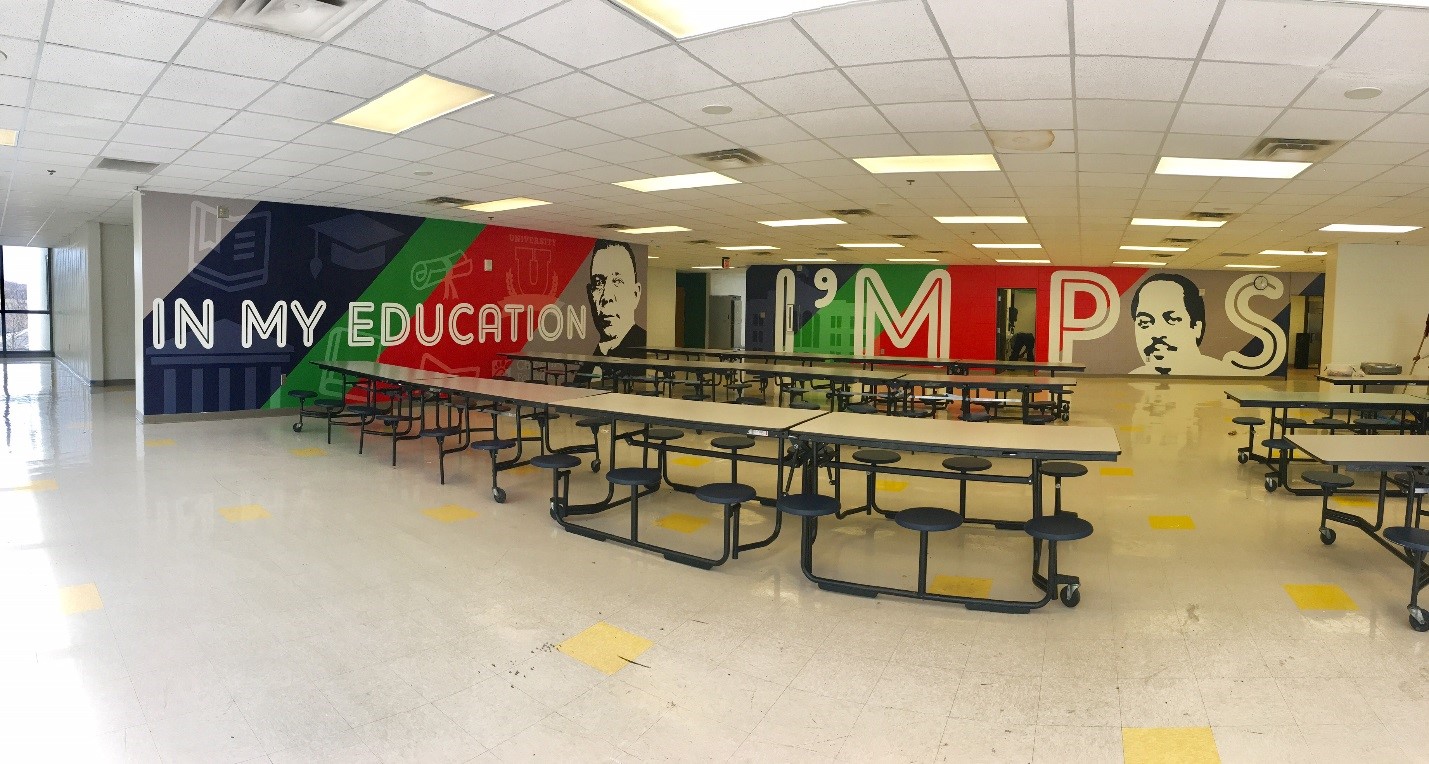